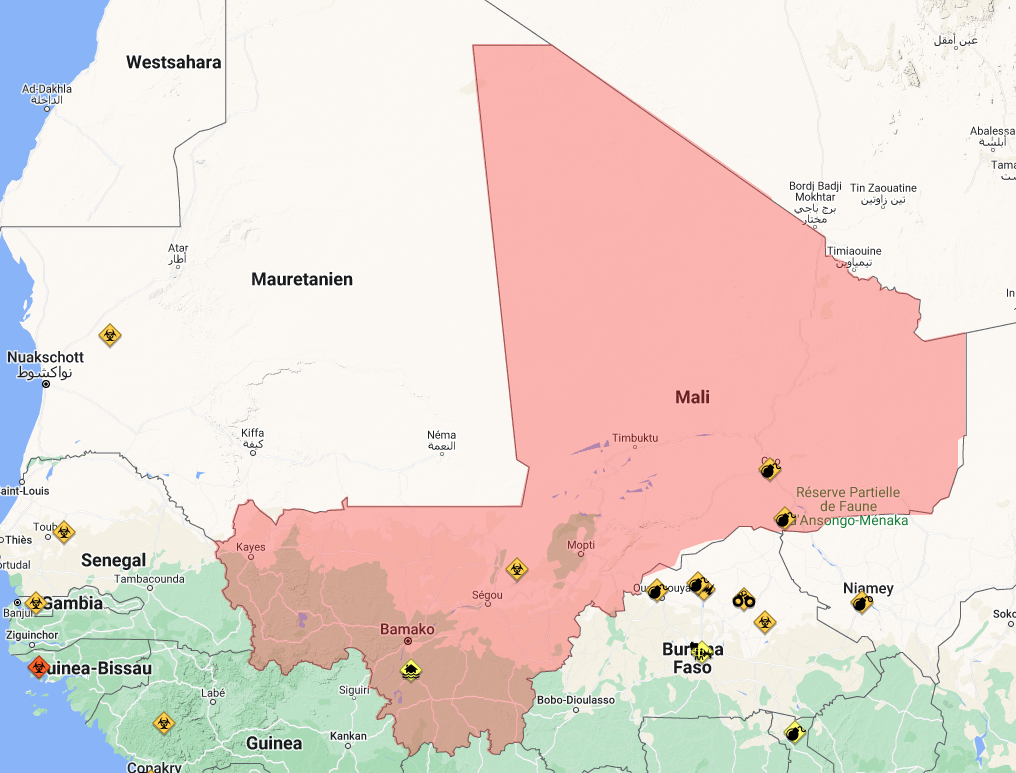 Jihadists advancing, Western militaries on their way out, and an entire country on the brink of chaos. This description should sound painfully familiar. However, the country in question is not Afghanistan in 2021, but Mali in 2022. The parallels don’t stop there the multi-ethnic Sahel nation is also suffering under dubious government leadership and is host to a substantial number of international military stabilisation forces struggling to contain a growing Islamist insurgency. The sense of déjà vu may grow stronger yet because the security situation in the West African nation is rapidly deteriorating. Accordingly, Europeans could be staring down the barrel of another Afghanistan-like fiasco – only this time largely of their own making.

The current conflict began in 2012 when Tuareg nomads allied themselves with militant Islamists and launched a military campaign aimed at creating an independent country in northern Mali. To make matters worse, the Malian government was toppled shortly thereafter for mishandling the rebellion, and in the chaos that followed, the rebel coalition seized large parts of the North. The former colonial power in the country, France, then led a lightning military intervention that liberated many of the areas under Islamist control in a matter of months in 2013. Subsequently, the international community launched a plethora of stabilisation and training missions in Mali, with Germany becoming one of the largest troop contributors. At the same time, the French military maintained a continuous presence in the country in order to conduct counter-terrorism operations. However, despite these efforts, not only have the number of terrorist attacks in Mali multiplied, but the conflict has also spread to the neighbouring Niger and Burkina Faso.

A Coup within a Coup

Perhaps the similarities to the Afghan failure shouldn’t be so surprising considering that the French-led coalition followed much the same playbook that had already failed in Afghanistan. Arguably, Paris’s original sin was focusing on a military-centric solution to the problem of “terrorism” in the hope that this alone would help stabilise the country. In its single-minded pursuit of “counter-terrorism,” the French military also cooperated with unscrupulous local groups and militias which committed numerous atrocities and acts of ethnic violence against the civilian population. In fact, the promise of protection from abusive national and local authorities has created a significant draw for insurgent forces. Additionally, while French forces were busy playing whack-a-mole with changing terrorist leaders, Mali’s political leadership felt little need to address the problems that kept creating a steady stream of recruits for insurgents in the first place. All of this contributed to rising anti-French and anti-government sentiment, which eventually resulted in a successful military coup led by Colonel Assimi Goïta in August 2020.

Despite some protests, the international community continued to cooperate with the new regime until May 2021 when yet another coup led by Colonel Goïta transformed the civil-military regime into a full-on military junta. Instead of holding national elections at the beginning of 2022 as promised, the military now intends to stay in power for up to five more years. This development represents a devastating failure for both the Europeans in general and France in particular. Over the last decade, the EU and other European countries have launched several missions to train and support the Malian security forces. The very same forces, which ended up toppling the government not once, but twice in less than one year. For Paris, whose forces suffered dozens of casualties in the country, the new anti-Western and particularly anti-French course of the new government represents an even more bitter blow. Consequently, all the French, and many European, soldiers are being withdrawn from the country and even the future of the UN stabilisation mission is in question. However, the Malian junta has already found a less sensitive replacement for waning European support.

From Moscow with Love

Many have had bad experiences with their neighbours, there are likely few who can claim to have lived next door to actual war criminals. Yet, this is precisely the situation UN peacekeepers in Mali are in, with many of the military bases vacated by Western militaries having been taken over by the Russian Wagner Group. These brutal Russian mercenaries arguably function as the de facto private army of the Russian government and have been accused of committing war crimes on at least three continents. In Africa, the group has turned saving embattled dictators into a business model. As compensation for these “services”, the Wagner Group usually receives lucrative mining and other resource extraction concessions. True to form, there is evidence that Wagner forces have massacred hundreds of civilians in Mali. 2022 is already set to be the deadliest year of the conflict yet, with terrorist groups rapidly increasing both the frequency and sophistication of their attacks.

If the military junta is aware of its precarious position, it certainly isn’t showing it. Instead of tackling the country’s problems, the junta continues to harass the UN stabilisation mission in the country. Among other things, UN peacekeepers have been arrested, medical evacuation flights have been prevented, and force rotations have been suspended. Just a few days ago, Germany was forced to suspend its participation in the operation. Thereby making the future of the UN mission seem increasingly dubious.

The same could be said for Mali as a whole. Violence is escalating, terrorist groups are becoming ever more brazen in their attacks, and the Malian government seems content to fiddle while the country burns. So, what does the future hold for Mali? While a rapid Afghanistan-like collapse appears unlikely at the moment, all signs point to a continuing deterioration of the situation in the country. If history is any indicator, another military coup may be just beyond the horizon.

Where one crisis follows another, travel needs to be well-prepared. A3M’s Global Monitoring not only provides the latest information on developments in the Sahel region, but with its worldwide coverage of conflict, civil unrest, natural disasters, and transport incidents, A3M ensures that customers can travel safely around the globe.