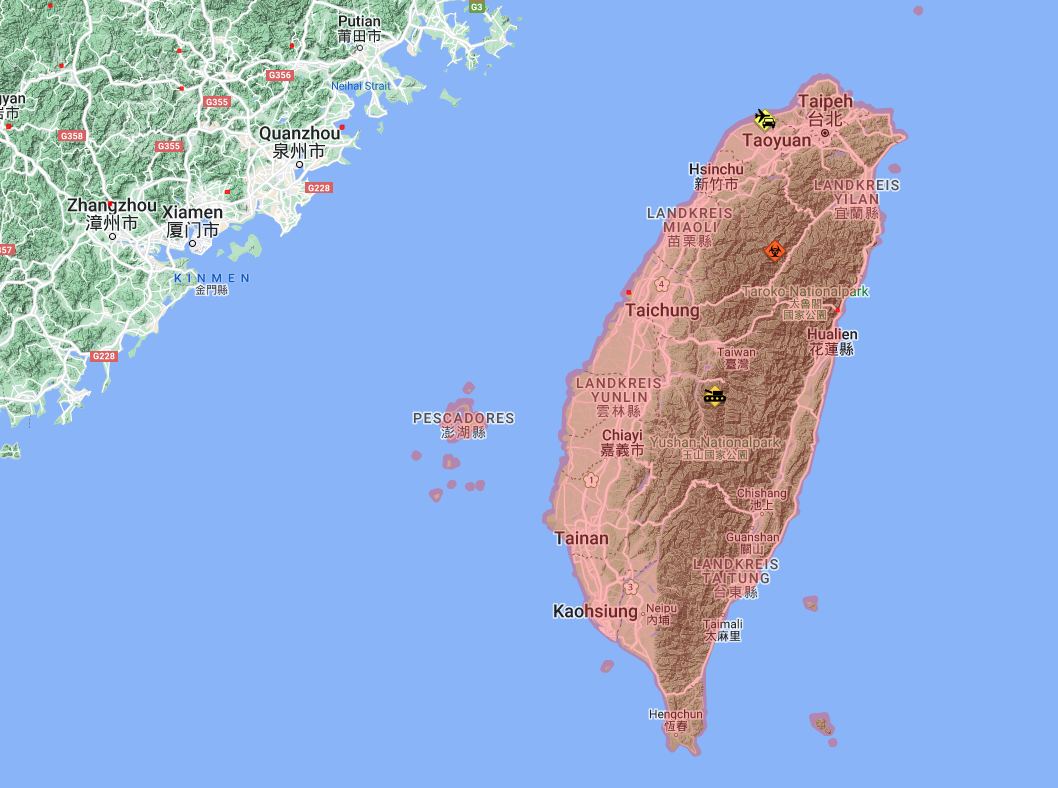 Fighter jets race into action, warships go to battle stations, and the air reverberates with the roar of ballistic missiles. For the time being, this is merely a large-scale military exercise the People’s Republic of China is conducting around the island of Taiwan. Yet, as the Russian war in Ukraine has shown, a military exercise is an excellent way to conceal invasion preparations and Beijing is doing little to assuage such fears. On the contrary, government officials are voicing their full-throated support for a forceful “reunification” with Taiwan, all while the Chinese military continues its build-up around the self-governed island. Therefore, many are now understandably worried that so soon after Ukraine, the next major war might already be looming in East Asia.

The Woman that Launched a Thousand Ships

At first glance, the trigger for this most recent crisis centred around Taiwan seems innocent enough. The Speaker of the US House of Representatives, Nancy Pelosi, merely made a quick detour to the island during a trip to the region. However, there is a lot of historical bad blood between Beijing and Washington concerning Taiwan. This all started in 1949 when the Communist side won the Chinese civil war against the nationalist Kuomintang, which forced them to flee to the island situated about 200 kilometres southeast of the Chinese mainland. During the Cold War, the United States thus acted as a protective power for Taiwan and engaged in repeated stand-offs with the Chinese Armed Forces to prevent an invasion.

More than two decades have passed since the last of these crises, and the People’s Republic has used this time to modernise its armed forces. As Beijing’s capabilities have grown, its rhetoric and actions towards Taiwan have also become progressively more belligerent. Conversely, successive US governments have maintained deliberate ambiguity on whether they would come to Taiwan’s aid in the event of an invasion which partially explains why a seemingly simple state visit triggered such an intense backlash.

The current Chinese obsession with “reunification” can largely be traced back to one man: President Xi Jinping. As the most powerful Chinese leader since Mao Zedong, he has declared that Taiwan must return to the fold by 2049 – exactly 100 years after the founding of the People’s Republic. Previously, the Chinese leadership had hoped to achieve this goal through the power of economic integration, cultural connections, and the promise that the island could keep its system of government. However, in light of the cautionary example of Hong Kong, this pledge of “one country, two systems” has lost much of its allure.

Growing Chinese heavy-handedness has had the exact opposite effect. Fewer and fewer people in Taiwan see themselves as Chinese or are open to “reunification,” with many in the current ruling party even advocating for officially declaring independence. Arguably, the main reason why this has not happened is that the People’s Republic has threatened immediate war should there be such a declaration. The result has been an uneasy status-quo with Taiwan acting as a sovereign country in all but name, while Beijing continues to insist on the eventual annexation of the “renegade province.”

Under President Xi, this push for unification has strengthened considerably, with Beijing whittling away at the list of Taiwan’s diplomatic allies, sharpening its rhetoric, and increasing its pressure on the island. Conversely, any apparent outside recognition of Taiwanese independence is met with a harsh Chinese response. For instance, the country of Lithuania was recently placed under a full-blown trade embargo, with Chinese authorities even threatening international companies that were using components from Lithuania in their products. The offence? Lithuania had permitted the opening of a representative office that bore the name Taiwan rather than that of its capital, Taipei. While, 2049 may be the deadline for unification, the nearly 70-year-old President Xi wants to see this goal achieved in his lifetime.

War on the Horizon?

So, does this mean that war is brewing in East Asia? Fortunately, this does not appear to be likely in the immediate future for two main reasons. Firstly, President Xi is currently aiming to secure an unprecedented third presidential term in the autumn of this year. Considering, that he is already dealing with lacklustre economic performance and an increasingly unpopular Zero-COVID policy, a major war is probably the last thing Xi needs right now. Secondly, an amphibious invasion is among the most complex military manoeuvres, and it is currently highly uncertain whether the Chinese armed forces could successfully pull this off. Additionally, Beijing expects the military balance in the region to shift in its favour in the coming years – so why risk everything now?

However, this also means that in the mid to long term, the danger of a major war for Taiwan is very real and growing. The implications of this would be nothing short of catastrophic. Since such a conflict would likely not only involve the two largest economies in the world but also turn some of the most important global trade routes into war zones. Not to mention bringing to a screeching halt the global supply of semiconductor products, which are essential for modern technology’s functioning of modern technology. In other words, the consequences would be so cataclysmic as to not bear thinking about – hopefully, Beijing does not disagree.

Where one crisis follows another, travel needs to be well-prepared. A3M’s Global Monitoring not only provides the latest information on developments in the Strait of Taiwan, but with its worldwide coverage of conflict, civil unrest, natural disasters, and transport incidents, A3M ensures that customers can travel safely around the globe.

Mali: Getting out of Coup-ception