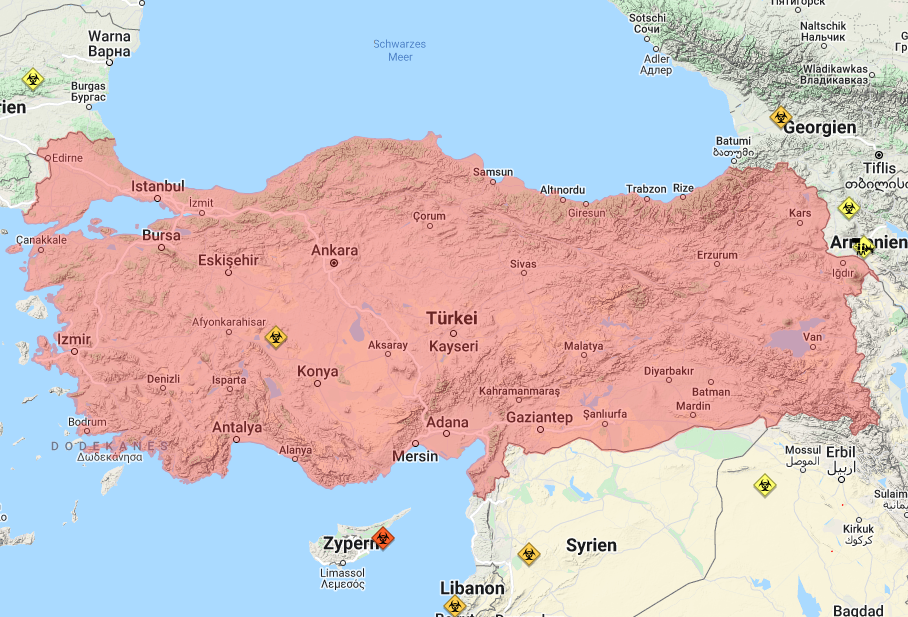 Millions on the run, tens of thousands dead, and entire cities in ruins. The Russian invasion of Ukraine has quickly turned into the worst humanitarian disaster in Europe since the end of the Second World War. The economic costs for Ukraine are already immeasurable, and the war is wreaking havoc across the globe. Yet for Turkey, the war might just also offer a unique opportunity. Not only has the country emerged as a crucial diplomatic mediator between the warring parties, the conflict has also massively boosted its significance as an aviation and tourism hub. Thus, if it plays its cards right, could Turkey possibly emerge as one of the unlikely winners of the Russo-Ukrainian war?

A Pivotal Aviation and Tourism Hub?

Prior to the war, European airlines had to pay Russia hundreds of millions of Euros each year in overflight fees. Since many of the quickest flight paths between Europe and Asia require flying over Russia, the country had been an essential corridor for flights between the two regions. Due to the closure of Russian airspace, most of these flights are now being rerouted through Turkey. As a result, the country on the Bosporus has turned into one of the most important aviation hubs for European airlines flying east and vice versa. Simultaneously, Turkey has also grown more important for Russian airlines, which are now neither able to pass through EU airspace nor operate their most modern aircraft outside of Russia. Thereby, offering a boost to the Turkish aviation support and maintenance industry.

Undeterred by international sanctions, Turkish airlines and the government have been rushing to facilitate tourist travel from Russia. Under a government-backed plan, a dedicated new charter airline is to be created specifically for Russian travellers. Moreover, tour operators in Russia will receive about 285 million Euros in loans to keep Russian tourists flowing into Turkey. However, Turkey offering sanction relief to Russia despite being a member of NATO could prove to be a rather awkward diplomatic balancing act for Ankara.

In the meantime, the Turkish government has much bigger problems than a little Western disapproval. While reports of record-high inflation have lately become commonplace, Turkey has been somewhat of a trendsetter when it comes to inflation records. Long before the pandemic or energy costs were driving up prices worldwide, the Turkish lira was already losing value at double-digit rates. In combination with severe government mismanagement, the war in Ukraine has driven the devaluation of the Turkish currency into the territory of hyperinflation. Officially, the annual inflation rate stands at 61%, but the independent ENAG research institute has placed the inflation rate at a staggering 156%. The government has already reacted – by proposing a law that would make publishing such alternative inflation rates illegal.

Law or no law, the effects of hyperinflation are already plain to see. About 60% of Turks can no longer make ends meet, a similar number no longer drive their cars due to increased fuel prices, and about a third of the population reports actually suffering hunger. Accordingly, the Bosporus country is highly vulnerable to the disruptions caused by the war in Ukraine. Particularly worrying in this regard is the blockade of Ukrainian ports and the fact that the Black Sea is now an active war zone. Prior to the conflict, Russia and Ukraine had supplied the overwhelming majority of Turkey’s wheat and cooking oil imports. Given Turkey’s strained economic situation, it should come as no surprise that mere rumours of food shortages have already led to panic buying throughout the country.

Originally, 2022 was to be the year of the long-awaited revival for the hard-hit Turkish tourism sector. In total, about 7 million Russian and 2.5 million Ukrainian tourists were expected to arrive, but the war in Ukraine has dashed these hopes. The situation was further complicated by the fall in Russians’ purchasing power and difficulties when it comes to spending money abroad. Despite Turkish damage control efforts, now only about 1.5 to 1.7 million Russian guests are expected to come to Turkey – about a third of the dismal pandemic-induced figures of 2021. The numbers for Ukrainian tourists look even worse and are expected to fall by more than 90% to a mere 100,000 visitors. While the number of European travellers is expected to recover, they are rather unlikely to be able to compensate for the decrease in Russian and Ukrainian guests. Furthermore, the war raging just across, and sometimes within, the Black Sea is not exactly helping Turkey’s attractiveness as a tourist destination. (For a more detailed assessment from our A3M experts see here)

Instead of the tourism sector spearheading Turkey’s economic recovery, it now looks more likely to deepen its economic crisis. Meanwhile, the war in Ukraine is accelerating the lira’s runaway inflation and is even endangering the food security of the Turkish population. In the face of these devastating blows, the opportunity to become a major aviation hub pales in comparison. Thus, Turkey risks becoming another of the war’s victims, rather than one of its profiteers.

The Great Cancellation: Air Travel under the Lingering Shadow of COVID-19