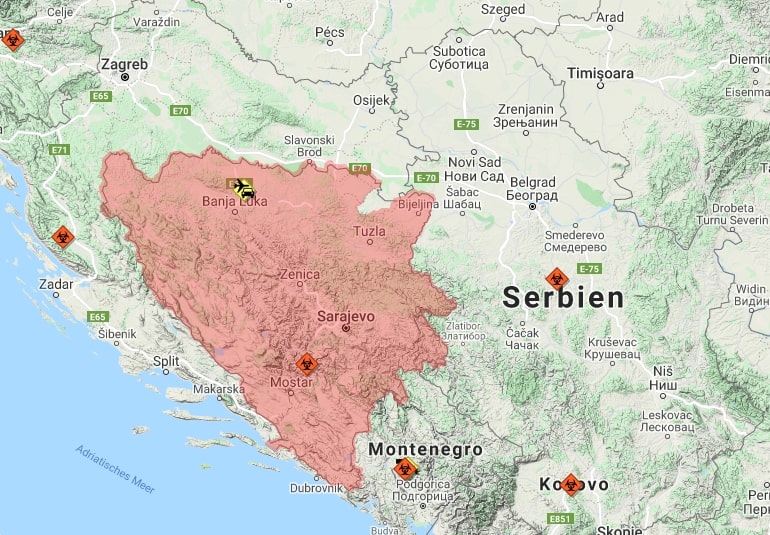 Of all the controversial remakes and sequels of recent years, a remake of the Yugoslav Wars probably ranks among the least desired. While Europe’s collective attention is firmly focused on the imminent prospect of war between Ukraine and Russia (A3M report see here), another serious calamity in the northwestern part of the Balkan peninsula might already be brewing. In Bosnia and Herzegovina, Muslim Bosniaks, Croats, and Serbs are locked in a bitter stand-off in the worst political crisis since the country’s foundation. This crisis not only threatens to rip apart Bosnia and Herzegovina but also to engulf the battle-scarred Balkans in yet another armed conflict.

Between 1991 and 2001 the Balkans saw intense fighting during the so-called Yugoslav Wars which resulted in the complete break-up of the multi-ethnic Yugoslav federation. Although all of them were marked by mass murder, ethnic cleansings and other crimes against humanity, the war in Bosnia was by far the most brutal. This devastating conflict lasted from April 1992 until November 1995 and was fought between Muslim Bosniak and Croatian forces on the one side and Serbian forces on the other. 2.2 million people out of a total population of 4.4 million were displaced and around 100,000 were killed during the war. With the genocidal Srebrenica massacre carried out by Serbian forces achieving tragic notoriety.

The Dayton Peace Agreement eventually divided the country into two autonomous entities, the Federation of Bosnia and Herzegovina, mainly populated by Bosniaks and Croats as well as the Republika Srpska with a majority population of ethnic Serbs. Additionally, a complicated and highly decentralized political system was put in place in order to facilitate power-sharing between the different ethnic groups. However, the most powerful person in the country is not an elected official or even a citizen, but rather an internationally appointed High Representative who can unilaterally impose binding legislation and even remove officials from their positions.

It was one of the last actions of the outgoing Austrian High Representative Valentin Inzko that prompted the current crisis. Inzko exercised his powers to impose a law banning genocide denial and the glorification of war criminals. However, in the Republika Srpska, the denial of the Srebrenica massacre and the glorification of Serb war criminals has become a central ideological pillar of the current political leadership. Case in point, the celebration of a banned holiday marking the lead-up to the devastating Bosnian War in the Republika Srpska in January. During the festivities the controversial Bosnian Serb leader Milorad Dodik, together with convicted war criminals, oversaw a parade of paramilitary units in the city of Banja Luka as the onlooking crowd chanted nationalist and islamophobic songs. The celebrations were accompanied by a series of ethno-nationalist riots in dozens of towns across the Republika. Dodik, who is one of Bosnia-Herzegovina’s three presidents, is an avid denier of the genocidal nature of the Srebrenica massacre. He has long advocated for secession and is the main driving force behind the plan to pull the Republika Srpska out of key common state institutions such as the national armed forces by May of this year.

Supposedly, this move was triggered by the anti-genocide denial law, but many observers regard this to be merely a pretext for a “secession in all but name” and the eventual break-up of Bosnia and Herzegovina. Yet, some believe that there are more mundane reasons than ethno-nationalist passions behind the current crisis. For instance, Dodik may just be attempting to distract attention from the network of corruption surrounding himself or to shore up his domestic support ahead of the national elections in October. Ultimately, his motives matter significantly less than the fact that he is playing with fire in a region that has historically been a tinderbox.

The Geopolitics of the Bosnian Crisis

In 1995, it was the intervention of NATO that brought the conflict to an end, but today only a small EU military mission of about 600 soldiers remains in the country. However, despite the fact that Bosnia and Herzegovina borders several EU member states, European leaders tend to only pay attention to the region during crises and have proven themselves to be easily distracted. Conversely, the Bosnian Serb leadership can count on diplomatic backing from Russia, Serbia and Hungary. Its Prime Minister Victor Orbán has even indicated that he would block EU and NATO actions against the Republika Srpska. Particularly worrying in this regard is Serbia’s growing military build-up combined with talk coming out of Belgrade that is eerily reminiscent of the “Greater Serbia” idea. All of this is happening against the backdrop of NATO and EU being thoroughly distracted by the danger of an imminent Russian invasion of Ukraine.

Nevertheless, at least for the moment, it seems improbable that the Bosnian Serb leadership will deliberately provoke an armed conflict to force a secession. The more likely scenario is that the common state structures gradually disintegrate, thus leading to Bosnia and Herzegovina essentially becoming a “failed state.” However, the deliberate stirring of ethnic tensions combined with inflammatory rhetoric of “second-rate people” and “treacherous converts” could also provoke a dangerous dynamic of its own. Nationalist groups might decide to take matters into their own hands should their leaders disappoint. Western leaders would do well to remember that 18 million people are living in the Western Balkans. Should war break out in the region, it could trigger a wave of refugees that would likely easily dwarf the 2015 migrant crisis.

To stay informed of any new developments in Bosnia and Herzegovina, travellers should follow A3M coverage of events in the country closely, especially in the run-up to the October 2022 national elections. 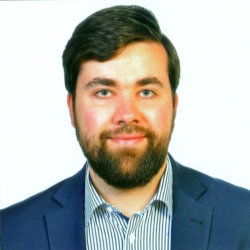